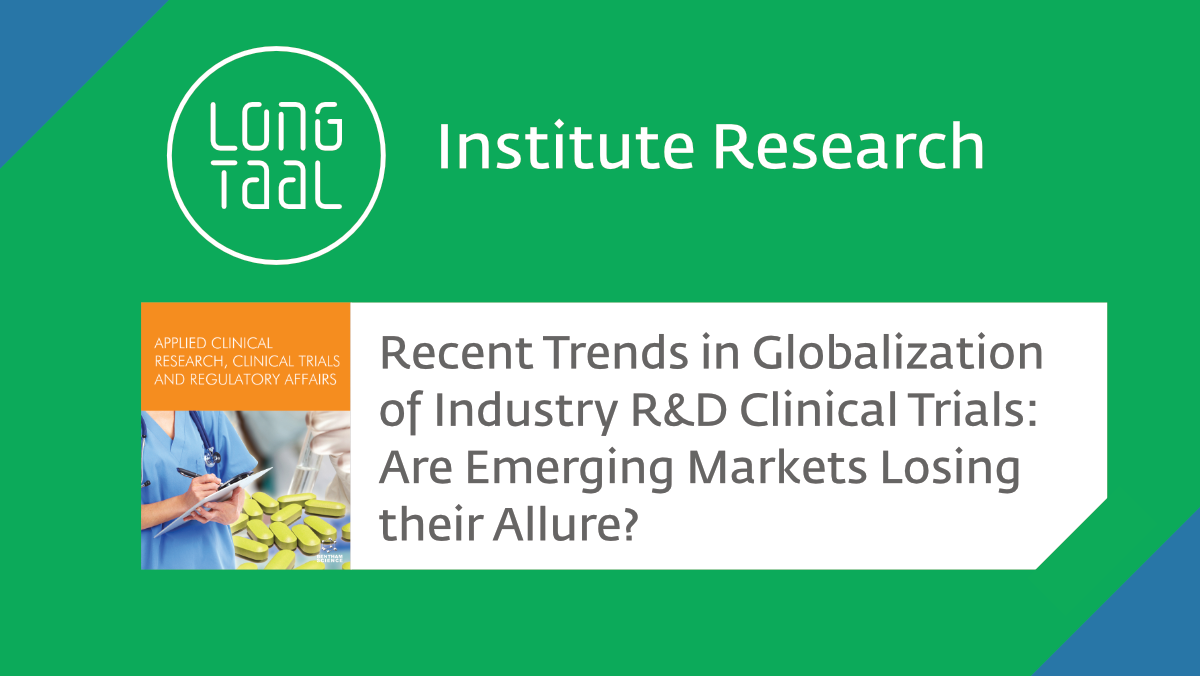 The paper "Recent Trends in Globalization of Industry R&D Clinical Trials: Are Emerging Markets Losing their Allure?" demonstrates that patients in the Middle East are consuming medications in development of which patients from the Middle East region (sharing similar genetic and cultural profile) have not participated. This presents an ethical dilemma to the pharma industry, medical institutions, and the governments of countries in the Middle East.

Background: This paper expands on our initial research published in this journal in 2014 which analyzed global trends in biopharmaceutical R&D clinical trials (BPCT) covering the period 2007 – 2012. In this paper, we have built on this work and used an enhanced and improved methodology (analysis of the Phase II and Phase III BPCT data from ClinicalTrials.gov clinical trial registry with the number of active, rather than just the newly added, clinical trial sites utilized as a surrogate of BPCT activity) to analyze geographic participation of countries and regions in BPCTs during the period 2009-2014.

Discussion: Our data demonstrate that the developed clinical BPCT markets North America and Western Europe have been successful to reduce, and to a certain degree reverse, loss of market share to the emerging markets, and keep the market share of developed markets well above the 70% mark. While almost all emerging markets lost market share at a regional level, there were two regional outliers. The first being Central and Eastern Europe (CEE), which as a region managed to protect its market share position amidst the developed markets offensive. In terms of patient accessibility to clinical trials (population-adjusted number of BPCT sites), core Central Europe outperformed Western Europe, and some countries (Bulgaria, Hungary, Czech Republic) also exceeded levels in North America. The other outlier on the opposite end of the spectrum is MENA1 (Middle East and North Africa – excluding Israel), which contributes almost 2% of the global spend on pharmaceuticals, but attracted less than 0.2% of the BPCTs market share. Population-adjusted accessibility to clinical trials of novel compounds in MENA is 200x below US levels, and more than 20x below global average.

Would you like to read the full article or are you interested in similar research? Do not hesitate to reach out to the LongTaal Institute.